After months of being locked in our monastic cells it perhaps wasn’t surprising that the carrier pigeon almost collapsed under the sudden rush of responses to the outing email! And with all those birds out there fading away from not being looked at, the first post-lockdown expedition was something of a mercy mission.

Eynesbury Forest is the largest remaining patch of grey box forest south of the Dividing Range. Being surrounded by recent housing estates and cleared agricultural land,it is an important refuge for many native species. Bird diversity is helped by the ornamental lake beside the historic Eynesbury Homestead (now a golf club and reception centre), providing a convenient place to meet.

To comply with social distancing requirements we split the 20-odd members into 3 groups – thanks to Kevin Maddigan and Alan Fieldus for leading a flotilla each. This turned out to be a very effective strategy as each group recorded a number of species not found by the others.

And of course, to celebrate our return to the wild, the weather was just stunning – a classic clear, cold (1 degree) autumn morning with beautiful sunshine!

The lake provided the usual waterbirds – several duck species, the coot/moorhen/swamphen tribe, the odd cormorant and several Australasian Grebes, although the Freckled Duck often seen here were absent. Flowering Eucalypts beside the lake hosted overexcited tribes of New Holland and White-plumed Honeyeaters. Single Reed-warbler and Little Grassbirds were seen along the edges. Pelican, a flight of five Great Cormorants and a pair of Straw-Necked Ibis were seen overhead.

The Forest itself was not hosting large numbers of birds, but over the day an excellent range of species was seen. Diamond Firetails were glimpsed while Red-browed and Zebra Finches were also recorded; there were Crested Shrike-tits, many Pardalotes of both species, Varied Sittella. Only two robins, one Flame and one Eastern Yellow were spotted, but there were also a couple of pairs of Jacky Winter feeding actively from their perches. The Thornbill family were out in force – Brown, Yellow, Buff-rumped and Yellow-rumped were all seen. Spiny-cheeked and Brown-headed Honeyeaters were there too.

The parrots were very well-represented – Blue-winged and Ringneck Parrots were rather exotic, but there were very many Red-rumped Parrots about, along with Rainbow and Purple-crowned Lorikeets, both Rosellas, and Galah, Sulphur-crested Cockatoo and Long-billed Corella. 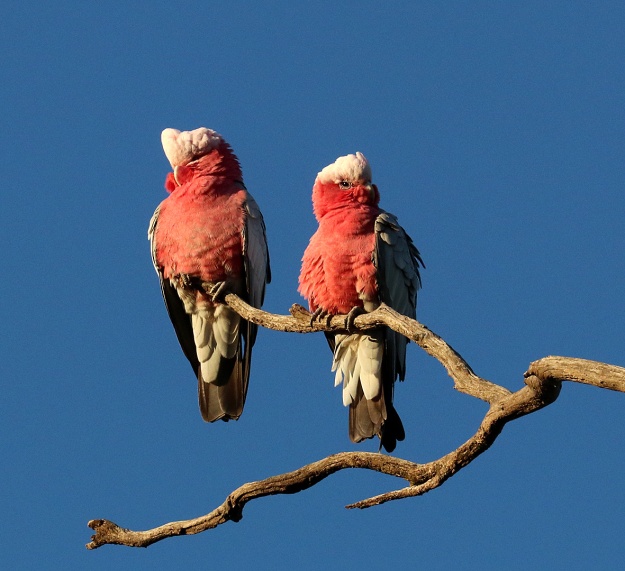 A highlight of Eynesbury is the strong population of Brown Treecreepers, an engaging and beautifully-decorated species which dominates the trunks and branches (and often feeding on the ground, too). 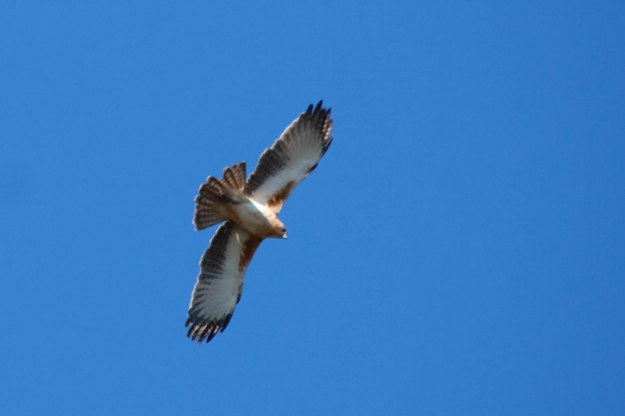 Lunch beside the lake in warm sunshine was a highlight (at 1.5-metre spacing, of course). We had been concerned that a big group of birders assembling might attract attention but we were outnumbered many times by golfers so no-one turned a hair. It is rumoured that the odd eagle was recorded on the fairways.

After lunch small groups spent more time in the Forest area and a remnant trio of hardy members dropped in on Toolern Creek Reserve, although with the wind getting up and the temperature getting down there was not much avian activity there.

The species total for the day was an excellent 75, a great team effort and a very rewarding return to (almost) normal service. It was great to see everyone again, perhaps a little paler and faintly manic, but apparently in good health.