A miracle! We can get out again!

Since we conveniently had a date for Braeside Park, down in Kingston (where the nights are gay, and the sun shines daily on the mountaintop) we jolly well jumped in and took it. A fine, warm day with plenty of birdlife. Carefully staggering our arrivals to stay within the guidelines (thus pretty much legitimising what the group does anyway), 20-odd members staggered up to find a locked gate but no matter! We walked in along the short entrance road to Red Gum Picnic Area, and thence around the wetlands.

First spot was Tawny Frogmouth close to the carpark. The usual candidates were around, although numbers were not great (except for rabbits – plenty of potential pies hopping about). On the first pond Coots had new chicks and Hoary-headed Grebes were vigorously battling for the territory; in the distance, what turned out to be a Swamp Harrier perched vulture-like on a dead tree. 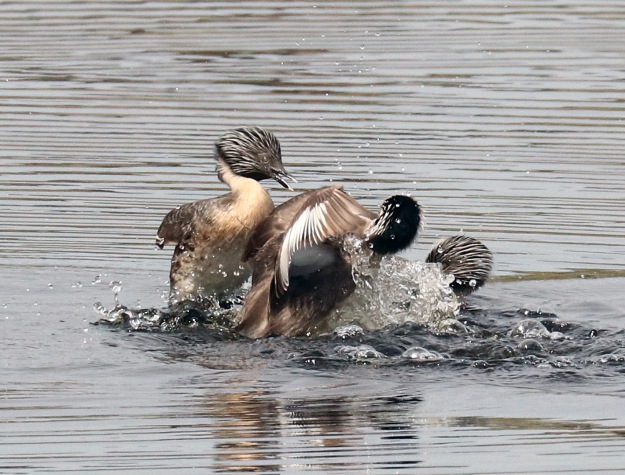 The next pond was probably the highlight of the day, with a raucous breeding colony of Little Black and Little Pied Cormorants. Nestled amongst them were a few Darter nests with large fluffy dartlets preening and keeping an eye on passing photographers – very odd-looking creatures! 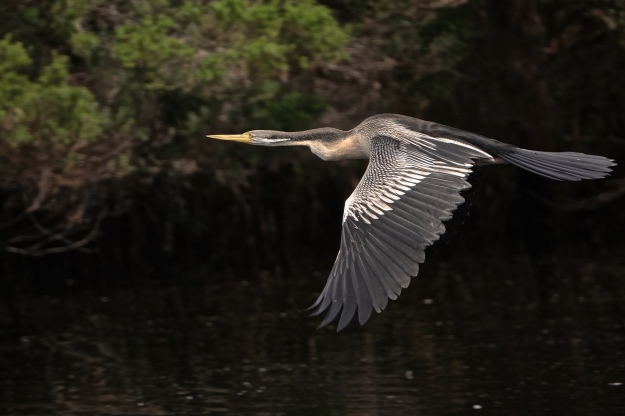 As we proceeded around the large pond we gradually added more waterbird species, including most of the ducks, both Spoonbills, Straw-necked and White Ibis and White-faced Heron – again, all in small numbers only. We had good views of the cruising Swamp Harrier, and Spotless Crake was spotted.

Bush birds were also about – both Pardalote species, both Wattlebirds, Fairy-wrens, Scrubwrens and Brown Thornbills, grey fantail and so on. There were Reed-warblers in the reeds, Grassbirds in the grass, Tree Martins in the trees and Common Blackbird, Common Starling and Common Myna on the common. It was good also hear Cisticola in the long grass on the western side, along with a sleek Nankeen Kestrel.

Lunch by the carpark ended the proceedings – we may perhaps be a little out of condition! But great to get out with the group again, and to see some familiar faces. 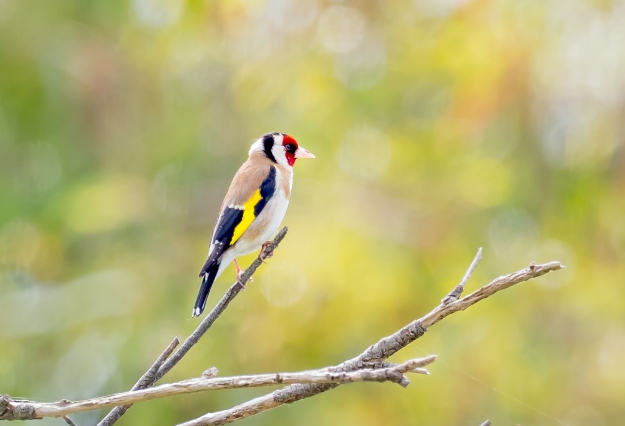 Best wishes to all for Christmas and the summer season – stay safe and we will see you next year!

WordPress.com is excited to announce our newest offering: a course just for beginning bloggers where you’ll learn everything you need to know about blogging from the most trusted experts in the industry. We have helped millions of blogs get up and running, we know what works, and we want you to to know everything we know. This course provides all the fundamental skills and inspiration you need to get your blog started, an interactive community forum, and content updated annually.

“One hundred percent chance of rain, medium chance of thunderstorms, cloudy, windy and cold.” That’s what they said. But Trump was right. It’s fake news, all of it. END_OF_DOCUMENT_TOKEN_TO_BE_REPLACED

After months of being locked in our monastic cells it perhaps wasn’t surprising that the carrier pigeon almost collapsed under the sudden rush of responses to the outing email! And with all those birds out there fading away from not being looked at, the first post-lockdown expedition was something of a mercy mission. END_OF_DOCUMENT_TOKEN_TO_BE_REPLACED

Well, after the fiery start to the New Year, there was little chance of bushfires on our first outing of 2020. With leaden skies and intermittent drizzle, this was definitely one for water lovers. And the foreshore birds did not disappoint. END_OF_DOCUMENT_TOKEN_TO_BE_REPLACED