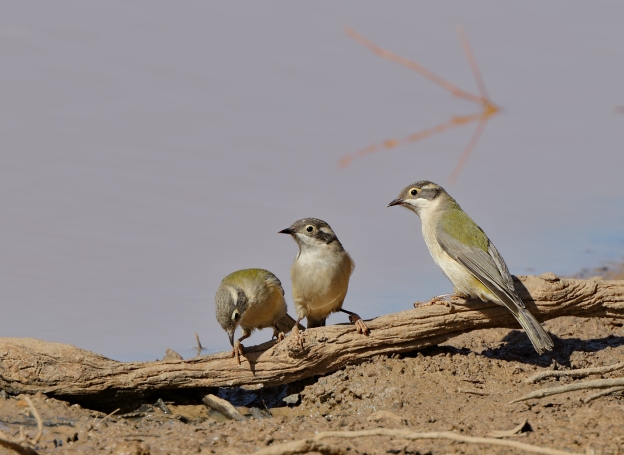 As per instructions from the masses, beautiful sunny weather was ordered and delivered per spec. Unfortunately beautiful sunny weather had been the order of the day for so long that the hills were parched and the vales were gasping, nowhere more so than our first stop at Inglewood Nature Conservation Reserve. We tried and we tried, but only the toughest birds were around (except for the mysteriously absent, again, Bendigo Cassowary). A few Honeyeaters – Yellow-tufted, Yellow-plumed, White-eared; Scarlet and Red-capped robins; and the like. A brief sighting of a Chestnut-rumped Thornbill was a highlight, but conditions not very conducive to photography. 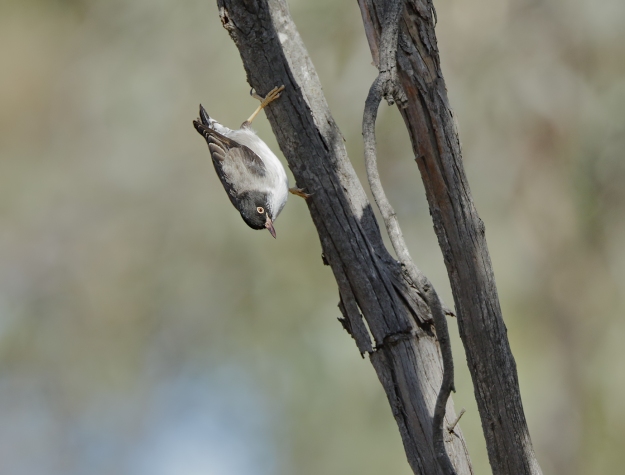 So we moved down the road to the Inglewood Botanic Gardens and its reservoir. Perhaps not your usual conception of botanic gardens – some dry eucalypt forest and scrub – although there is a handy little rotunda for holding the rather brief birdcall. Again, not many species, but a few photos managed. Probably both spots would be more rewarding in damper times. 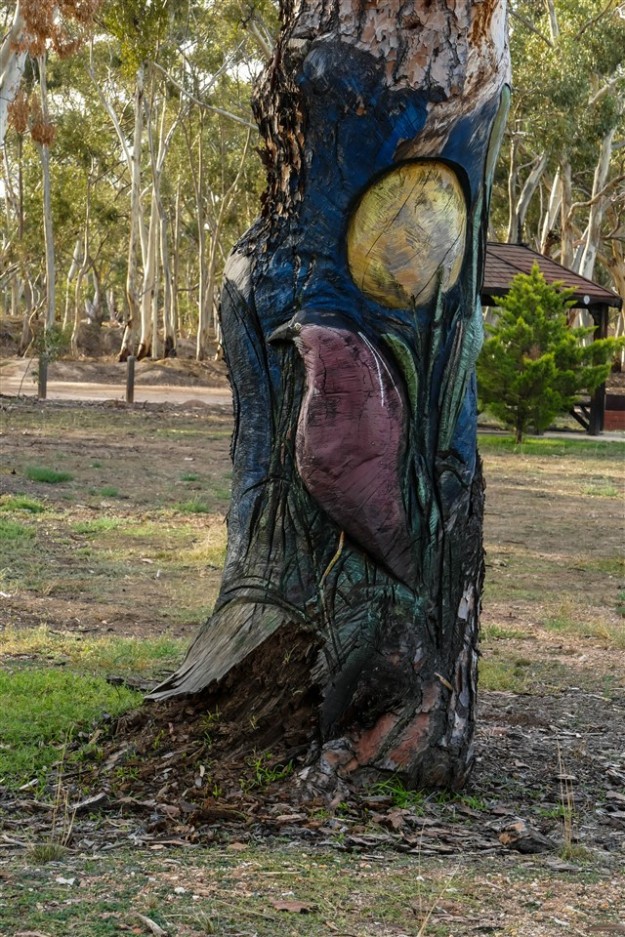 Not being an official campout (whatever that is) we all went our separate ways to our chosen accommodation – some camping or motelling in Bendigo, and a small group off to camp at Mulga Dam in the Kamarooka block of Greater Bendigo National Park. A White-necked Heron at the dam set a suitable tone and we enjoyed a lovely calm evening amongst the box woodland. No nightbirds recorded, however. 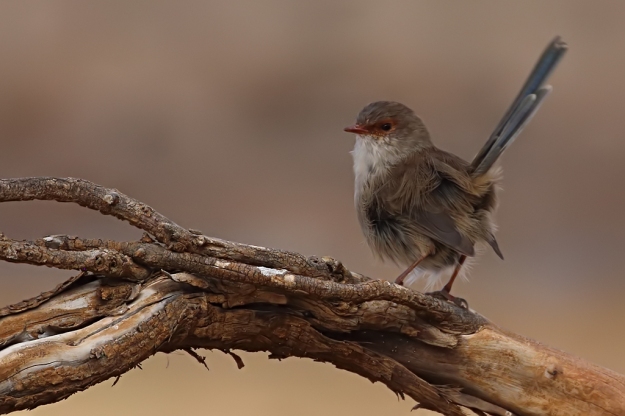 Next day was all around the Kamarooka area. We began with the Distillery Dam area. Again, pretty dry and not a huge number of birds, but enough to keep us entertained. The water left in the small pond was attracting an array of Honeyeaters, and there were plenty of small bush birds about. We also investigated Burnside Track, Diamond Dove Dam and various other tracks before lunching at Millwood Dam. The afternoon being warm, we scattered around the park to watch over various waterholes and were rewarded with good shots of mainly Honeyeaters – a total of 12 species, including Purple-gaped, Tawny-crowned and Black-chinned. Alas, no Heathwrens, but under the conditions 49 species was considered a reasonable total. 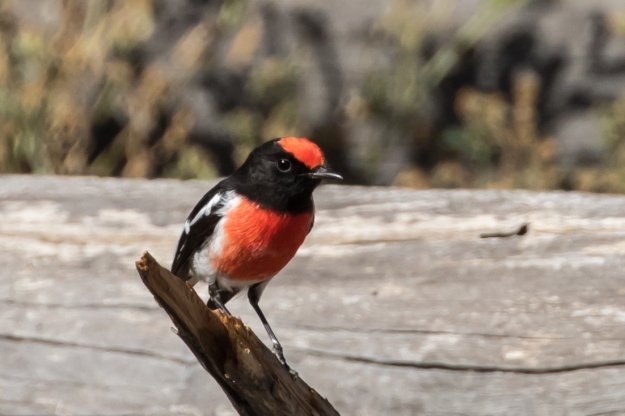 Another glorious full-moon night and orange sunrise, and the remainder of the pack met at Crusoe Reservoir in overcast conditions. A good range of species here, plenty of waterbirds although the water level was well down. The highlight was a small pond on the southern side which was entertaining a range of small bird species, mainly Honeyeaters but also Silvereyes and Yellow Robins. The local birder staking out the pond was probably very glad when we finally moved on! 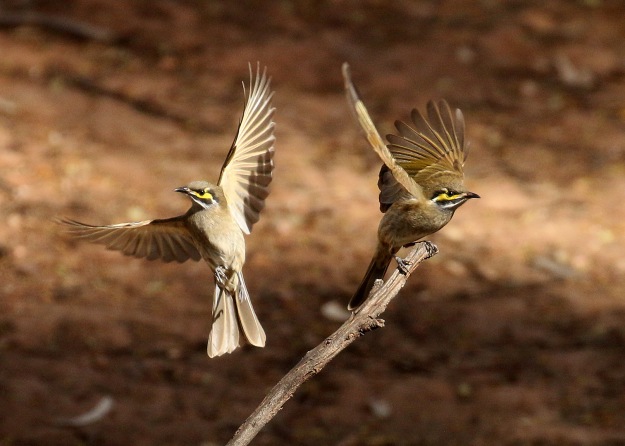 So a pretty good weekend despite the very dry conditions – a total of 75 species, some good sightings and (hopefully) some photos to match.