A chilly but fine morning greeted members at Karkarook Park together with the noisy miners and magpies around the car park. Twenty one starters headed off towards the main lake to find a large number of Eurasian coot with one or two dusky moorhen amongst them gathered on one section of the water while a couple of hoary-headed grebe were foraging nearby.

A female darter was sunning itself on one of the jetty posts. We then walked around the reed fringed ponds on the western side of the park where we were delighted to see a single freckled duck, a pair of pinked-eared duck as well a pair of blue-billed duck. In the same ponds were also chestnut and grey teal, pacific-black duck, purple swamphen and more coots.

In the reeds fringing the ponds and on the grass were superb fairy-wren while a flock of common greenfinch were in the eucalypt trees fringing the water providing several opportunities for photographs.Continuing around the large lake several people in the group sighted a peregrine falcon flying rapidly through the area. 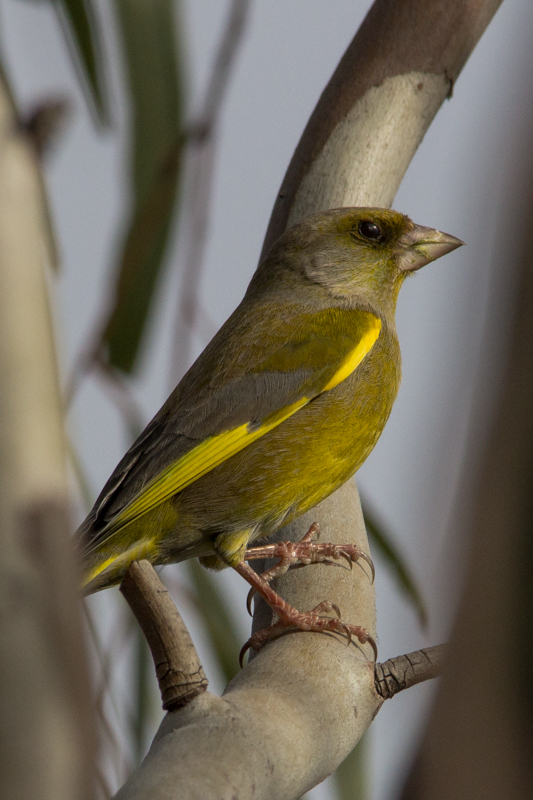 A detour off the main path led to a bird hide where three adult and one juvenile pacific gull were resting together with another darter and two black-fronted dotterel. The sand spit seen from the hide normally has large groups of birds resting in this comparatively sheltered area but numbers were well down on our visit.

Continuing around the lake, white-plumed honeyeaters, new-holland honeyeaters, red-browed finch and spotted pardalote were found in the trees fringing the water. A lone female flame robin was seen together with a large flock of house sparrows in a paddock fringing the park which contains horses and lots of spilled hay.

Several good photographic opportunities were available on the walk before lunch was taken at the park. A total of 42 species were recorded at Karkarook Park.

After lunch most of the group travelled to Braeside Park for a short afternoon walk. Braeside Park is quite a large area but we confined the walk to a short loop in the north-east corner. A small pond had several pairs of chestnut teal resting on the water and the relatively low angle of the sun provided good opportunities to capture the emerald green colouring on the heads of the male birds. The number of species seen on the walk was 23 but we managed to add a grey shrike-thrush, grey fantail, grey butcherbird amongst others to the list for the day making a total of 48 species for the two parks. 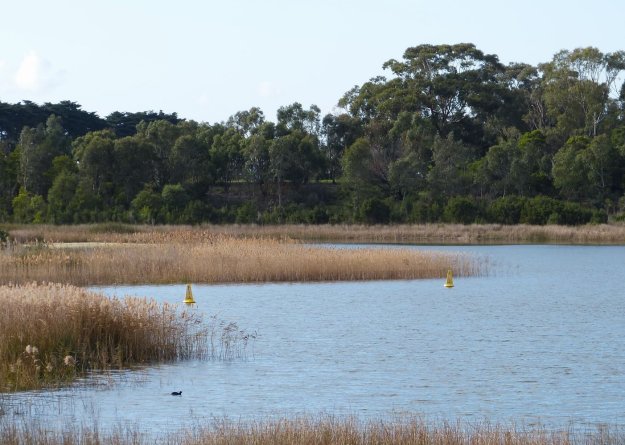